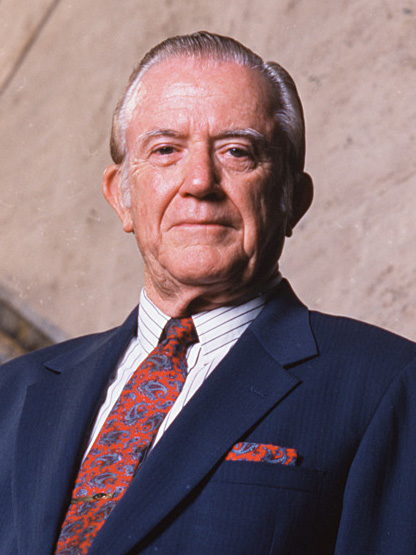 Ed Pratt came a very long way since the scorching June day in 1944 when he first laid eyes on the Duke University campus. As a young man of humble means but, in his own words, "full of aggressive enthusiasm and a fierce desire to succeed," he had been sent to Duke's School of Engineering on a Navy V-12 program scholarship. Today, in honor of the $35 million gift he gave in 1999, his alma mater bears his name.

In the interim, Pratt used his dynamic blend of analytical skills, boundless energy, and personal charisma to forge a highly successful career. Throughout his years at IBM and in the Kennedy Administration, Pratt had always dreamed of leading a dynamic, successful company that was also "a fun place to go to work"-and soon after he joined Pfizer as corporate controller in 1964, he got his chance. The venerable drug firm had made its mark and its fortunes with innovations including a novel method for manufacturing citric acid (used widely in food processing) and the mass production of penicillin during World War II. A mere eight years after he joined Pfizer, just as the company passed $1 billion in annual sales, Pratt was named chairman and CEO-a turn of events he describes as "lucky."

If so, it was the kind of luck that happens when preparation meets opportunity. "I'm a people person, and that's what I brought to Pfizer," Pratt said. "I told my colleagues that if we were creative, had fun, and worked hard, we could be among the best of the best. I dared to ask brilliant scientists to do things that weren't necessarily in their job descriptions." It was a deceptively simple—and dazzlingly successful—formula: During Pratt's leadership of Pfizer, the company's annual revenues multiplied to nearly $7 billion.

Pratt was modest about his own technological abilities. "Familiarity with technological thinking and principles is certainly a help in a technical business, but you don't have to be a technician to be a good manager," he said. "Your basic instincts and the talents you're born with also have a lot to do with how you end up handling yourself through life. Yet, even though pure engineering ability had very little to do with my success, there's no doubt in my mind that I would go to engineering school at Duke again."

Pratt was just as positive and plain-spoken when discussing his vision for the remarkably generous gift he's made to the School. "While I plan to be available, and hope to be kept informed, I haven't earmarked the money with any specific directives," he said. "I have complete confidence in my alma mater and in Dean Johnson. What makes any venture successful is the right leadership and the right resources, and the School has both."