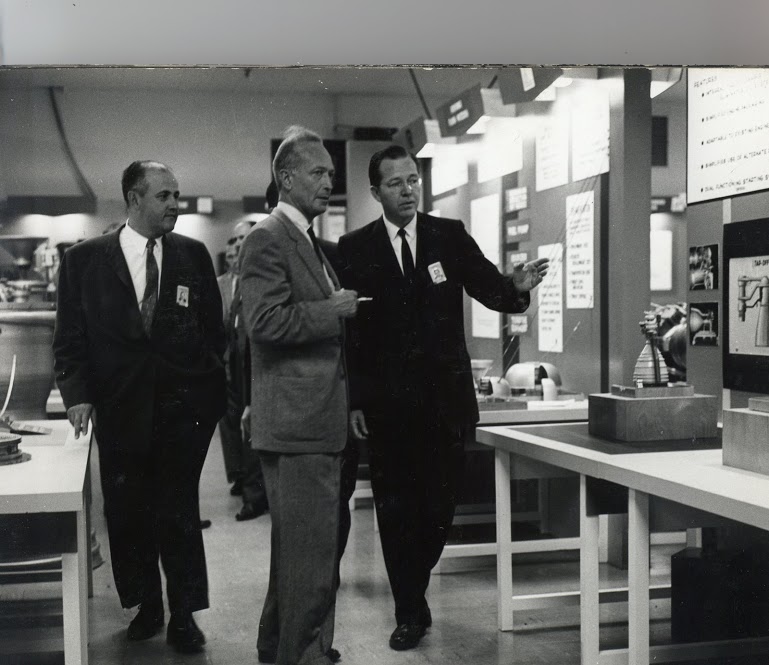 Degree at Duke: Bachelor of Science

There was never any doubt that Doug Hege would go to Duke. His father attended Trinity College when it was just a handful of buildings on today’s East Campus. But it wasn’t just him; all told, 17 members of the Hege family attended Duke.

“My dad asked me why I wasn’t going into medicine,” said Hege, who chose instead to pursue a degree in engineering. “I said that I didn’t want to work on a machine that I’m never going to understand. I want to work on mechanisms that I can figure out how to improve.”

And that is exactly what Doug Hege did.

During his 34-year career, Hege played an instrumental role in virtually every single rocketry program from the field’s inception through the launch of the Global Positioning Satellite system. He helped take apart and understand the German V-2 rockets that first propelled mankind into the rocket age, envisioned the Atlas engines that pushed the first American satellite into space and oversaw the design of the 7.5 million pounds of thrust that would take Neil Armstrong to the moon. And before he retired, he presided over the marketing for 16 divisions of Rockwell International with annual combined sales of $4 billion.

Hege graduated from Duke’s engineering school with a bachelor’s degree in 1942—just three years after the school was established. After a short stint working for Westinghouse, he joined the Air Force, graduating from their Engineering Officer Program at Yale University in 1943 before being sent to work on a master’s degree in rocketry at the California Institute of Technology. After graduating and leaving the service, he began work for North American Aviation as manager of the Propulsion Advanced Design group.

His group got their hands on a couple of German V-2 rockets, the first ballistic missiles ever constructed, and took them apart to accelerate the development of their own designs. Before long, the missile had been uprated from 57,000 pounds of thrust to 75,000 pounds of thrust, and Hege was called into his boss’s office.

“I was told, ‘Why don’t you go down and see if you can sell those Germans something,’” recalls Hege, who soon discovered that “those Germans” meant Wernher Von Braun, the “Father of Rocket Science,” who had originally designed the V-2 rockets, and who was still a POW helping the United States government develop their rocketry program. “I showed him a movie of our engine running and he took one look and said, ‘I’ll buy it!’ three times. His military escort told me not to get excited because he was a POW without any authority. But it turned out he did actually have at least a little influence, because our engine was bought and became the Redstone Missile.”

The Redstone Missile was the first large American ballistic missile. It was a short-range surface-to-surface device that was used extensively by NATO during the Cold War in defense of Western Europe and was the first missile to carry a live nuclear warhead. Thanks to that success, Hege’s division was spun into a separate company called Rocketdyne, which won the contract to build the Atlas rockets that Von Braun eventually used to launch Explorer-1, the first American satellite to leave the Earth’s atmosphere. 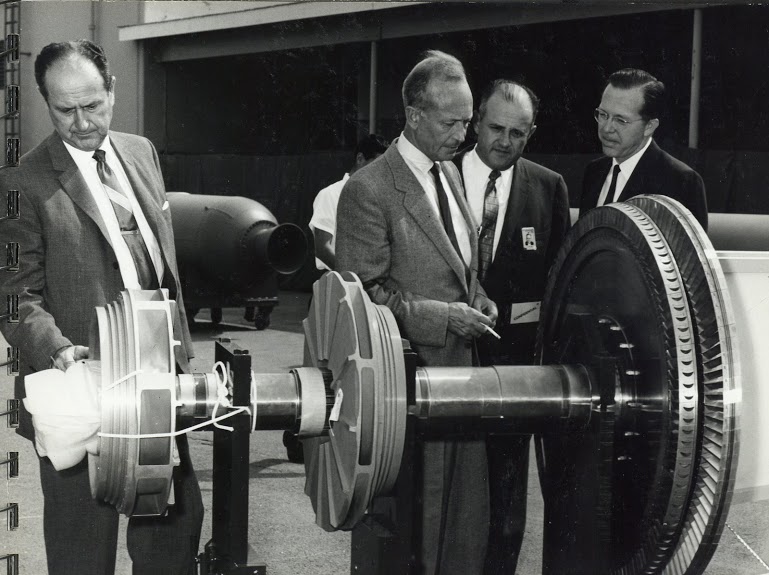 By that time, the U.S. government had decided to focus on designing and producing Intercontinental Ballistic Missiles – ICBMs for short – and Hege had been promoted to Vice President of Marketing and Advanced Design. Although he never had to market his products to the general public, Hege was constantly working to secure government contracts while simultaneously pushing the engineering envelope to stay ahead of their needs.

Several years into the Atlas program, Hege and his department numbering 2,500 people were tasked with designing the tallest, heaviest, most powerful rocket ever brought to operational status – records that remain intact to this day.

“One day I was out at Wright Field in Ohio and I was asked how big of a rocket engine I could build,” recalls Hege. “I said, ‘Oh I don’t know, maybe a million, a million-and-a-half-pound thrust—ten times what we’re building now.’ And they said, ‘Well, go build one.’

That rocket engine—dubbed “King Kong” at the time—eventually morphed into the Saturn 1-B, five of which were used in the first stage of the Apollo spacecraft. In fact, Hege’s department provided all three stages comprising 11 rockets and 7.5 million pounds of thrust to get the Apollo program to the moon. 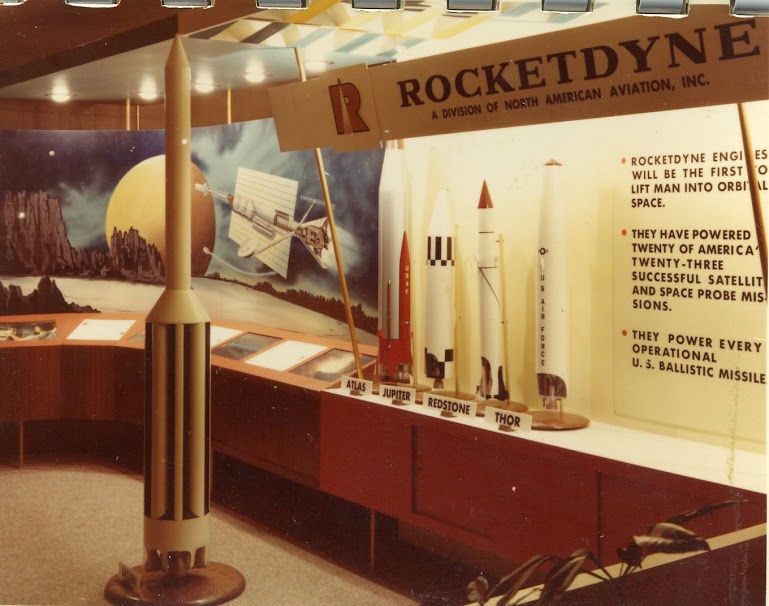 “I once counted that the whole Apollo/Saturn 5 program used about 100 propulsive and separation devices and that Rocketdyne made about 95 of them,” recalls Hege.

Rocketdyne was soon acquired by Rockwell-Standard, renamed Rockwell International. The change in letterhead did nothing to slow their momentum, however, as the company set out to win the contract to build the main engine for the Space Shuttle program. Hege put his job on the line by insisting that the company propose an older, proven technological design rather than an innovation they had been developing. Hege believed NASA was worried about the growing amount of unproven designs going into the enormous project.

And he was right.

Rocketdyne was commissioned to build the Space Shuttle engines, which flew on each vehicle until their retirement. With so much success under his belt, it is no surprise that Hege was soon tapped on the shoulder to bear even greater responsibilities.

All in a Day’s Work

Hege handed over the reins of the engineering side of the department and focused all of his energy on marketing. His job was to develop concepts for new engines and then win the contracts to design and build them, at which point it became engineering’s job to deliver. In 1966, Rocketdyne was doing $330 million in annual business—roughly $2 billion in today’s dollars—and employed 22,500 people.

Soon after, Hege was named the director of propulsion integration for the space shuttle project—a post he held for only three years. When his friend and boss was called up to head all of Rockwell International’s Space Operations, Hege was asked to take charge of its marketing. After the meeting, Hege was headed downstairs to pick out an office when the president of Aircraft and Energy Operations asked him to do the same job for that division as well. 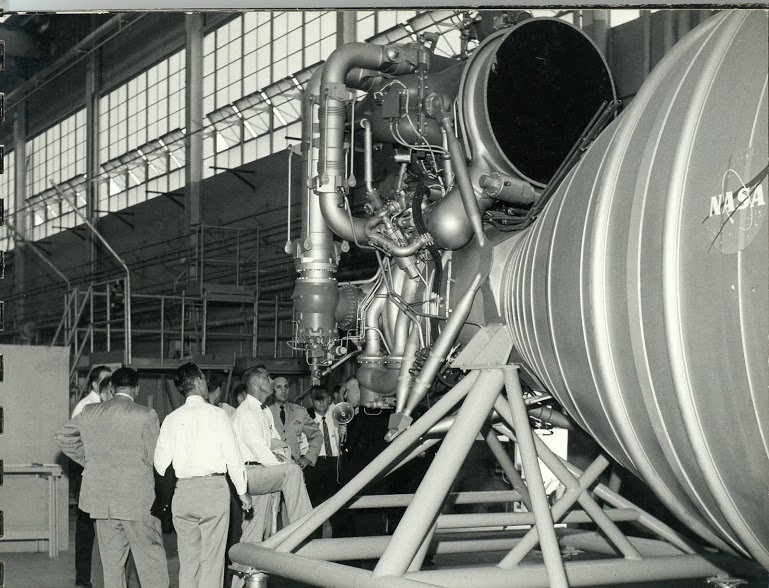 “I walked out that morning in charge of the marketing for 16 divisions with $4 billion in annual sales, about a third of Rockwell’s annual total,” recalls Hege of the two meetings. “They jumped me five salary grades for taking on the jobs. I thought that was a pretty good day’s work.”

After five years, Hege began to grow tired of his one-to-two hour daily commute and took a different position as division director for Rockwell International’s satellite and advanced programs at their facility in Seal Beach, Calif. The key program he helped launch were the satellites for the Global Positioning Satellite (GPS) system, but he also worked on surveillance systems, Star Wars programs, and future space and space station studies.

In 1981, Hege retired at the age of 60. Since that time, Rocketdyne has gone through some major changes, being sold to Boeing in 1996, to UTC Pratt & Whitney in 2005, and finally to AeroJet (GenCorp) in 2013. However, after years of traveling the world and playing golf courses throughout Scotland and Europe with his wife, Doug Hege remains much the same.

At the age of 93, Hege is still sharp as a tack and can’t help but continue to innovate; even while sitting at the kitchen table, his imagination runs wild.

“I always seemed to have the knack for innovation,” Hege said. “I still do it. I’m sitting here looking at my walker and I’m redesigning it. Everything I see I try to think of how to do it better; it’s just a built-in trait.

“I’ve visited campus again once after it became Pratt. Things have changed tremendously—there are new, beautiful buildings and the engineers no long live on East Campus, which used to be surrounded by a three-hole golf course. But much remains the same. There still seems to be a nice camaraderie between the guys, the students still get into plenty of mischief and they still leave Durham with the outstanding education that helped get my career off the ground.”