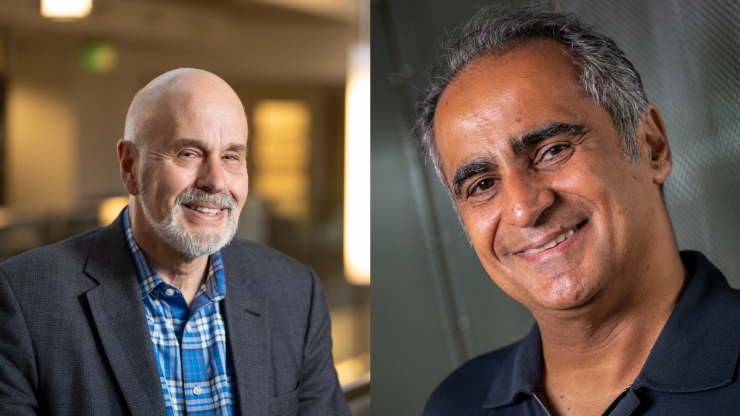 Researchers at Duke University will work with colleagues across the nation to ensure that future communication protocols used by the United States Air Force are suitable for handling the most data-heavy tasks imaginable, such as flying UAVs, and secure from adversarial attack.

“This center will develop methodologies for novel waveform design and optimization techniques that are both agile to changing network dynamics and robust to adversaries in contested environments, with provable bounds on performance,” said Lauren Huie, Air Force Research Laboratory, Information Directorate (AFRL/RI), Tech Advisor for the Computing & Communication Division. “The innovative techniques of this approach are poised to re-envision this area and intertwine this exceptional university team and AFRL/RI scientists and engineers to pave the future of waveform design for communication networks.”

Protocols are to communication what programming languages are to computation; they are a set of well-defined rules and formats that allow information to be transmitted between devices. As wireless communication channels become more bandwidth efficient, these protocols become more complex. For example, they may employ geographic and topographic information, be robust to interference from buildings and other signals, and know how fix or replace errors that occur along the way.

While this task is difficult enough in commercial applications such as for the latest generation of smartphones and laptops, it’s even harder for devices and machines used by the Air Force. Besides the regular background noise caused by local terrain and competing signals, communication streams must also withstand adversarial attacks. And the demands put on communication networks by UAVs are much higher than that of a typical smartphone.

The Air Force does not, however, want to completely reinvent the wheel. It is desirable that the protocols controlling the transfer of communication on their devices work with existing commercial off-the-shelf applications. But because their data streams are more volatile, changing more rapidly than commercial networks and subject to adversarial attack, commercial protocols are not readily up to the task.

The new AFRL/AFOSR University Center of Excellence will develop the fundamental research necessary to design and operate protocols that can meet the Air Force’s needs working with existing solutions. By creating new software that integrates machine learning methods, researchers will develop new waveforms that support low latency communication while providing robustness to adversaries in contested environments.

“Our approach departs from traditional methods that use mathematical models that describe the transmission process, signal propagation, receiver noise, network traffic and many other components of the system that affect end-to-end performance,” said Calderbank, who also holds appointments in electrical and computer engineering, mathematics, and physics. “Traditional methods still have value, but they are losing ground as wireless links become more variable, and system components become harder to model. We will retain that value by developing machine learning algorithms that are inspired by and based on traditional optimization methods.”

“Duke has a depth of knowledge and experience that comes from a long history of working with machine learning methods that have revolutionized speech and image processing,” added Tarokh, who also holds appointments in computer science and mathematics. “These same methods will be the foundation of the new networks and protocols that will allow the Air Force to secure its wireless communication needs of the future.”

The project will deepen existing collaborations between the universities involved and the AFRL/RI. By tackling this new challenge, the researchers will increase the capabilities, knowledge, skills and expertise of the AFRL workforce, while giving its staff opportunities to work with a large pipeline of talented students through programs like Data+ and Code+, both ten-week summer research experiences that pair mixed teams of Duke undergraduate and graduate students with real-life data sets and problems from partnering companies.