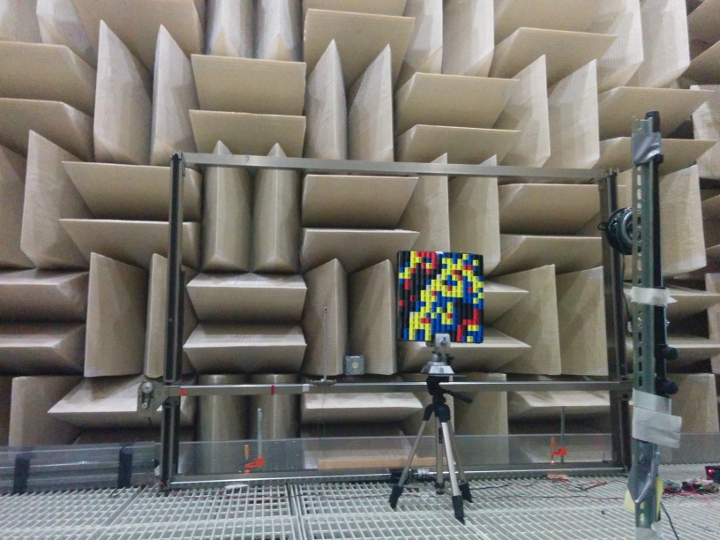 Most everyone is familiar with the concept of visual holograms, which manipulate light to make it appear as though a 3-D object is sitting in empty space. These optical tricks work by shaping the electromagnetic field so that it mimics light bouncing off an actual object.

Sound also travels in waves. But rather than electromagnetic energy traveling through space, sound propagates as pressure waves that momentarily compress the molecules they are traveling through. And just like visible light, these waves can be manipulated into three-dimensional patterns. 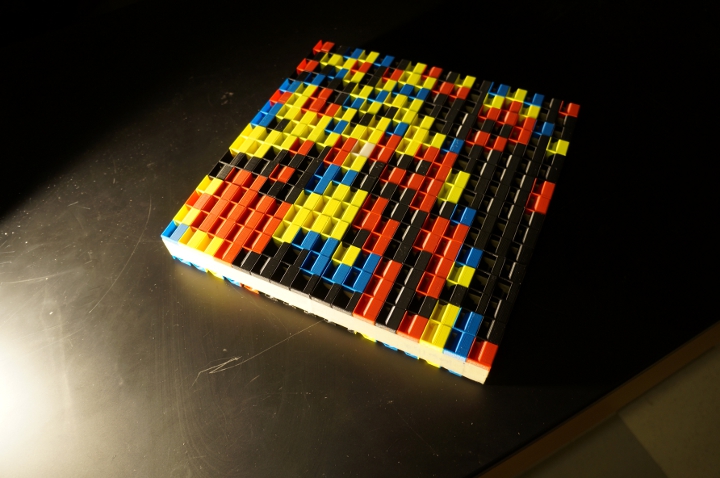 “We show the exact same control over a sound wave as people have previously achieved with light waves,” said Steve Cummer, professor of electrical and computer engineering at Duke University. “It’s like an acoustic virtual reality display. It gives you a more realistic sense of the spatial pattern of the sound field.”

In a paper published Oct. 14 in Nature Scientific Reports, researchers at Duke and North Carolina State University show that they can create any three-dimensional pattern they want with sound waves. The achievement is made possible by metamaterials—synthetic materials composed of many individual, engineered cells that together produce unnatural properties. 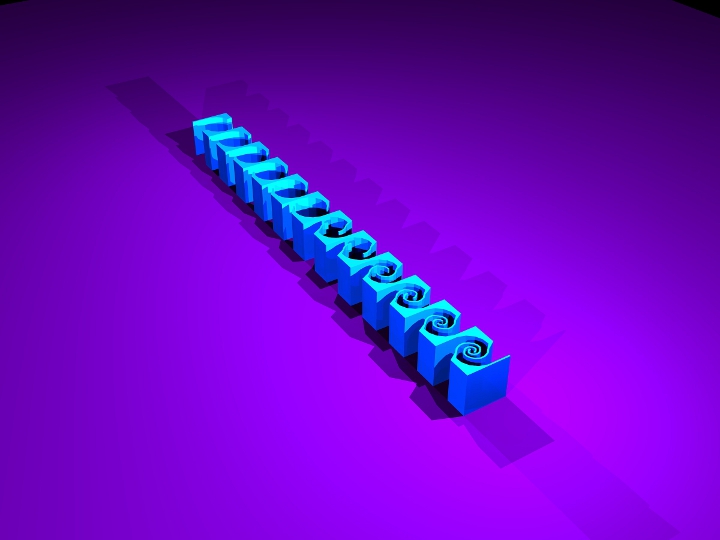 In this case, the metamaterials resemble a wall of Legos. Each individual block is made of plastic by a 3-D printer and contains a spiral within. The tightness of the spiral affects the way sound travels through it—the tighter the coil, the slower sound waves travel through it.

While the individual blocks can’t influence the sound wave’s direction, the entire device effectively can. For example, if one side of the sound wave is slowed down but not the other, the resulting wave fronts will be redirected so that the sound is bent toward the slow side.

“Anybody can tell the difference between a single stereo speaker and a live string quartet playing music behind them,” explained Yangbo “Abel” Xie, a doctoral student in Cummer’s laboratory. “Part of the reason why is that the sound waves carry spatial information as well as notes and volume.”

By calculating how 12 different types of acoustic metamaterial building blocks will affect the sound wave, researchers can arrange them in a wall to form any wave pattern on the other side that they want. With enough care, the sound waves can produce a specific hologram at a specific distance away.

“It’s basically like putting a mask in front of a speaker,” said Cummer. “It makes it seem like the sound is coming from a more complicated source than it is.” 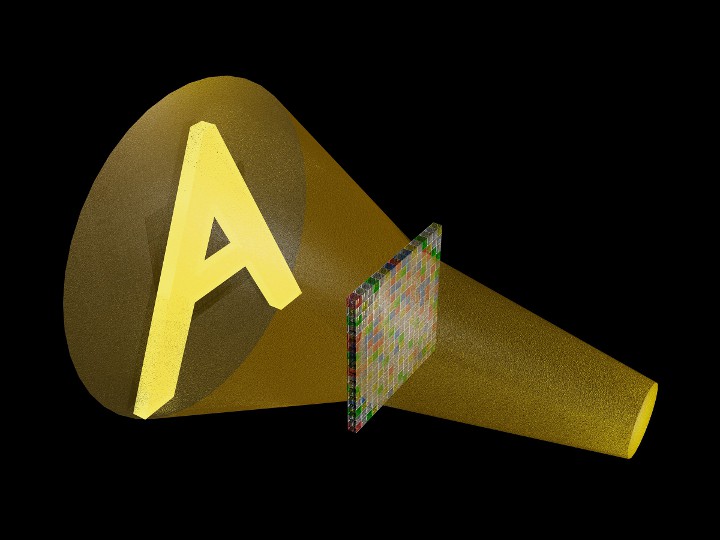 Cummer and Xie, in collaboration with Yun Jing, assistant professor of mechanical and aerospace engineering at NC State, and Tarry Shen, a doctoral student in Jing’s lab, proved their sound mask works in two different ways. In the first test, they assembled a metamaterial wall that manipulated an incoming sound wave into a shape like the letter “A” about a foot away. In a second demonstration, they showed that the technique can focus sound waves into several “hot spots”—or loud spots—of sound, also a foot from the device.

There are existing technologies that can also produce this effect. Modern ultrasound imaging devices, for example, use phased arrays with many individual transducers that can each produce precisely controlled sound waves. But this approach has its drawbacks.

“If you’ve ever had an ultrasound done, you know there’s a small wand attached to a much bigger machine a few feet away,” said Cummer. “Not only can this setup be cumbersome, it consumes an enormous amount of power. Our approach can help produce the same effect in a cheaper, smaller system.”

For the metamaterial device to work in such applications, however, each cell must be smaller than the waves it is manipulating. And for ultrasound technologies that operate in the megahertz range, this means the individual cells would have to be 100 times smaller than in the current demonstration blocks. 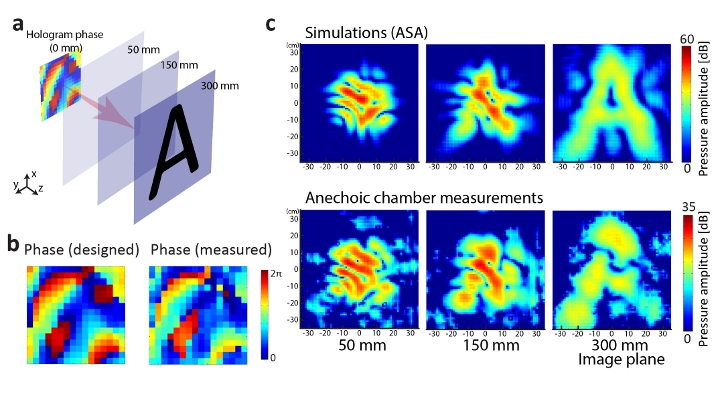 Cummer and Xie are looking for industry partners to show that this sort of fabrication would be possible. They are also shopping the idea around to industries that work in the kilohertz range, such as aerial sensing and imaging technologies. And of course, they’re speaking with sound companies to make a single speaker sound more like a live orchestra.

This work was partially supported by the Multidisciplinary University Research Initiative grant from the Office of Naval Research (N00014-13-1-0631).