Carbon nanotubes and other nanomaterials offer the potential to replace silicon, push the physical limits of electronics and develop printable technologies

Aaron Franklin has joined the Department of Electrical and Computer Engineering in Duke University’s Pratt School of Engineering, with a joint appointment in the Department of Chemistry. Leaving IBM’s research enterprise for academia, Franklin will continue his research into semiconducting nanomaterials and printed electronics.

As silicon electronics approach their physical limits for density and speed, researchers are seeking materials to revolutionize the industry and continue the vast improvements in performance seen throughout the past four decades. Carbon nanotubes are an example of a potential replacement, as they are one of the best semiconductors known to science. 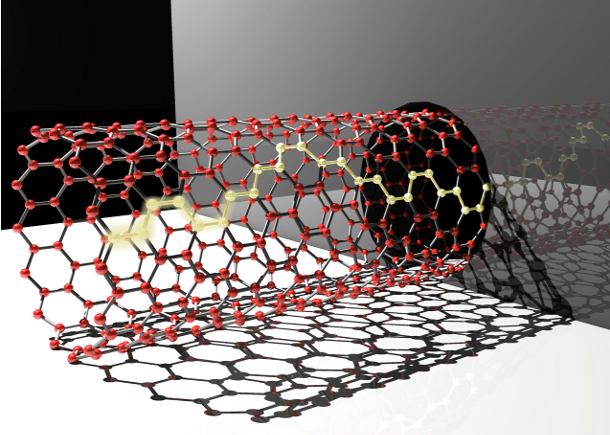 There is, however, a catch.

“Carbon nanotubes are extremely difficult to work with,” said Franklin, who has spent the past six years  studying the material at IBM. “My group’s research will focus on developing nanomaterials that are faster and better than silicon. We’ll also be focusing on printed electronics, where the goal is less about improving performance and more aimed toward creating unique functions and applications.”

Printed electronics hold great potential, according to Franklin. For example, sensors could be printed onto plastic produce bags to keep track of the surrounding temperature. Or circuits could be integrated within clothing to create fashionable heart rate monitors or cell-phone-charging pants. 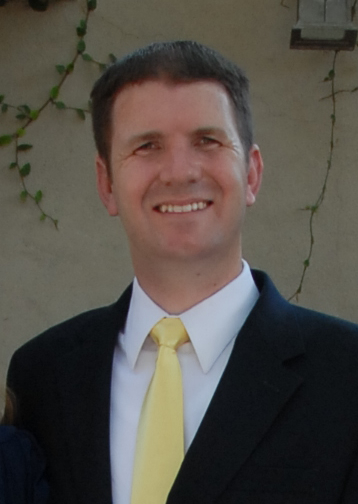 To work toward these goals, Franklin has brought two important pieces of machinery to Duke. A new printer in his laboratory uses gases to focus and dry minute amounts of carbon-nanotube-laced inks on a variety of surfaces. Also, a new large deposition machine will allow many researchers to work with potential silicon transistor replacements in the Shared Materials Instrumentation Facility—one of the reasons Franklin chose to join Duke’s faculty.

“It’s a big draw,” said Franklin, who earned his undergraduate degree at Arizona State University before pursuing graduate work at Purdue University. “In the past 10 years, Duke has done a great job leveraging its engineering reputation with facilities, infrastructure and faculty recruits that make for the type of environment you need to succeed in nanoelectronics.

“I also saw how well-aligned the interests of the faculty and the capabilities of the infrastructure were to the type of program I want to build,” continued Franklin. “The atmosphere here is very collegial and collaborative. Every university will say that, but the feeling at Duke is palpable. That made a huge difference to me.”

Franklin always planned to pursue his research interests in academia, but was recruited by IBM out of graduate school—an opportunity he could not pass by. After the two years he planned to stay at IBM turned into six, the itch to teach came back when Columbia University offered him the opportunity to develop and teach a class as an adjunct professor.

While teaching at Columbia, Franklin discovered the depth of his interest to transition to the academic teaching and research environment. Remembering the time he spent at Duke one summer during graduate school while participating in Duke’s Talent Identification Program, he decided to explore his options. Now, he is teaching the same emerging nanoelectronic devices class he developed at Columbia at Duke.

And he’ll be bringing his corporate experience with him.

“The way you think about research goals and design experiments is definitely honed by being in the corporate research environment,” said Franklin, who holds associate professorships in both engineering and chemistry. “You want academic research to be more explorative, but you also want to know how to align long-term goals with the way the industry works. Being with IBM certainly taught me that.”