Smith, West Named Fellows of the National Academy of Inventors

The National Academy of Inventors (NAI) has elected two faculty members from Duke University’s Pratt School of Engineering to its 2016 class of Fellows: David Smith, the James B. Duke Professor and chair of Electrical and Computer Engineering and director of the Center for Metamaterials and Integrated Plasmonics, and Jennifer L. West, the Fitzpatrick Family University Professor of Engineering and associate dean for Ph.D. Education.

Founded in 2010, the NAI recognizes academic inventors for their prolific spirit of innovation in creating or facilitating outstanding inventions that have made a tangible impact on the quality of life, economic development and the welfare of society. With today’s announcement, the Pratt School of Engineering faculty now includes four members of the academy—professors Robert Calderbank and Ashutosh Chilkoti were both elected in 2014—while Duke University as a whole boasts seven, including new 2016 Fellow Paul Modrich, James B. Duke Professor of Biochemistry and winner of the 2015 Nobel Prize in Chemistry.

“There has never been doubt that our professors are amongst the finest scholars and thinkers in the world,” said Ravi Bellamkonda, Vinik Dean of the Pratt School of Engineering at Duke. “What’s special about the NAI honor is that it specifically calls out those amongst us who have had a particular impact on translating this scholarship in tangible ways to positively influence medicine as in the case of Professor West, or stretching the limits of what metamaterials can do, as in the case of Professor Smith. This combination of scholarship and impact is what makes Duke Engineering so special.” 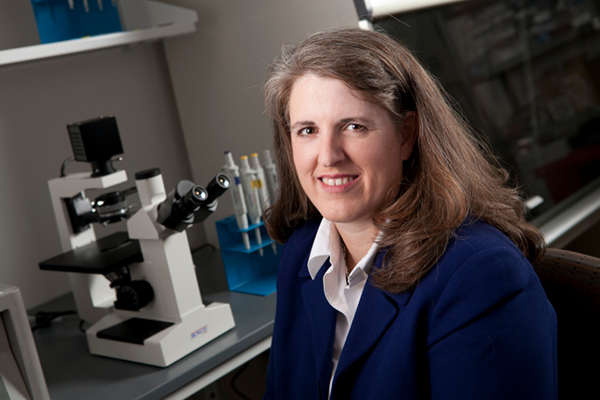 West’s research focuses on the development of novel biomaterials and tissue engineering to address a wide array of biological problems, from glaucoma to cancer. Recent pursuits include creating patterned surfaces to control the physical interactions of cultured cells and developing artificial “micro-environments” that can mimic living tissues, making them ideal substrates for many cell and tissue applications.

Another active area of research is using gold nanoparticles tuned to absorb certain wavelengths of infrared light to heat and destroy cancerous tumors. While the original nanoparticles are already in clinical trials, West recently improved on her design by adding an extremely thin layer of hydrogels to the surface that, when heated, lose their water content and release any molecules (such as drugs) trapped within.

Earlier this year, West was elected to the National Academy of Engineering “for developments in photothermal and theranostic therapies and bioabsorbed scaffolds for tissue regeneration.”

Smith’s research focuses on the fundamental understanding of metamaterials and their potential applications. Metamaterials are synthetic materials composed of many individual, engineered cells that not only mimic the properties of materials, but allow exquisite control over those properties. Metamaterial composites can be used to mold the flow of light and electromagnetic waves, sometimes in surprising and unconventional ways. 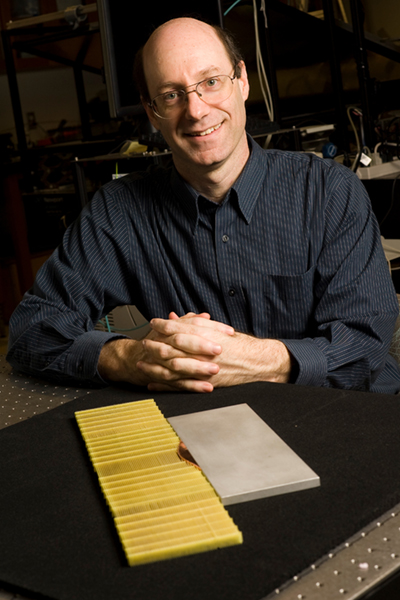 In 2000, Smith was the first to demonstrate a metamaterial with a negative index-of-refraction—a substance that had been hypothesized more than thirty years prior but had never been shown to exist. In 2006, Smith was the first to demonstrate an electromagnetic “invisibility cloak,” a structure made possible because of the unique properties of metamaterials. Since then, he has helped create other applications for the technology, such as small, flat, reconfigurable satellite antennas, systems for security imaging and wireless power transfer devices.

With the election of the 2016 class, there are now 757 NAI Fellows, representing 229 research universities and governmental and non-profit research institutes. The 2016 Fellows are named inventors on 5,437 issued U.S. patents, bringing the collective patents held by all NAI Fellows to more than 26,000.

The 2016 Fellows will be inducted on April 6, 2017, as part of the Sixth Annual Conference of the National Academy of Inventors at the John F. Kennedy Presidential Library & Museum in Boston, MA. U.S. Commissioner for Patents, Andrew H. Hirshfeld will provide the keynote address for the induction ceremony. In honor of their outstanding accomplishments, Fellows will be presented with a special trophy, medal and rosette pin.