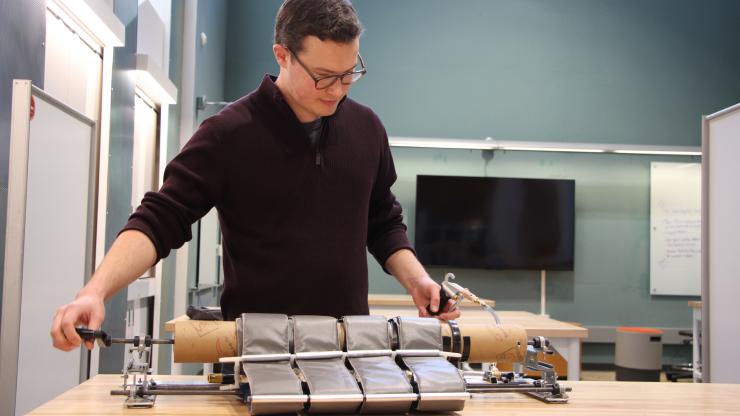 Not many students can say they formed a successful company before earning their undergraduate degree. But Samuel Fox, a biomedical engineering student at Duke University, did just that when he founded Zephyr Mobility (renamed Seneca Mobility in August 2019) before his senior year of college.

Through their discussion, Fox learned that safely moving patients in and out of bed was a major issue for healthcare workers, as the current mobility devices are slow and often require two or more caretakers to use.

Their discussion gave Fox an idea—what if he could create a tool that could safely move patients out of bed and place them into a wheelchair, all without putting the caretakers under physical strain? Fox quickly changed his initial wheelchair design, opting instead to create a device that would safely and effectively solve this problem. To further pursue his idea, Fox formed a company, drawing on the expertise of BME faculty to aid him in his efforts.