Screening for Autism: There's an App for That

Most schools across the United States provide simple vision tests to their students—not to prescribe glasses, but to identify potential problems and recommend a trip to the optometrist. Researchers are now on the cusp of providing the same kind of service for autism.

Researchers at Duke University have developed software that tracks and records infants’ activity during videotaped autism screening tests. Their results show that the program is as good at spotting behavioral markers of autism as experts giving the test themselves, and better than non-expert medical clinicians and students in training. 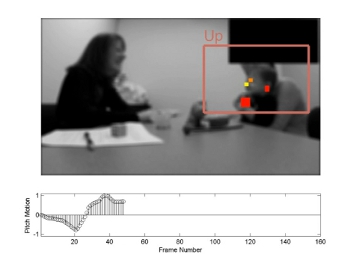 The results appear online in the journal Autism Research and Treatment.

“We’re not trying to replace the experts,” said Jordan Hashemi, a graduate student in electrical and computer engineering at Duke. “We’re trying to transfer the knowledge of the relatively few autism experts available into classrooms and homes across the country. We want to give people tools they don’t currently have, because research has shown that early intervention can greatly impact the severity of the symptoms common in autism spectrum disorders.”

The study focused on three behavioral tests that can help identify autism in very young children.

In one test, an infant’s attention is drawn to a toy being shaken on the left side and then redirected to a toy being shaken on the right side. Clinicians count how long it takes for the child’s attention to shift in response to the changing stimulus. The second test passes a toy across the infant’s field of view and looks for any delay in the child tracking its motion. In the last test, a clinician rolls a ball to a child and looks for eye contact afterward—a sign of the child’s engagement with their play partner.

In all of the tests, the person administering them isn’t just controlling the stimulus, he or she is also counting how long it takes for the child to react—an imprecise science at best. The new program allows testers to forget about taking measurements while also providing more accuracy, recording reaction times down to tenths of a second.

“The great benefit of the video and software is for general practitioners who do not have the trained eye to look for subtle early warning signs of autism,” said Amy Esler, an assistant professor of pediatrics and autism researcher at the University of Minnesota, who participated in some of the trials highlighted in the paper.

“The software has the potential to automatically analyze a child's eye gaze, walking patterns or motor behaviors for signs that are distinct from typical development," Esler said. "These signs would signal to doctors that they need to refer a family to a specialist for a more detailed evaluation.” 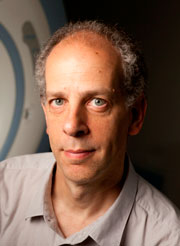 According to Hashemi and his adviser, Guillermo Sapiro, professor of electrical and computer engineering and biomedical engineering at Duke, because the program is non-invasive, it could be useful immediately in homes and clinics. Neither, however, expects it to become widely used—not because clinicians, teachers and parents aren’t willing, but because the researchers are working on an even more practical solution.

Later this year, the Duke team (which includes students and faculty from engineering and psychiatry) plans to test a new tablet application that could do away with the need for a person to administer any tests at all. The program would watch for physical and facial responses to visual cues played on the screen, analyze the data and automatically report any potential red flags. Any parent, teacher or clinician would simply need to download the app and sit their child down in front of it for a few minutes.

The efforts are part of the Information Initiative at Duke, which connects researchers from disparate fields to experts in computer programming to help analyze large data sets.

“We’re currently working with autism experts at Duke Medicine to determine what sorts of easy tests could be used on just a computer or tablet screen to spot any potential concerns,” said Sapiro. “The goal is to mimic the same sorts of social interactions that the tests with the toys and balls measure, but without the toys and balls. The research has shown that the earlier autism can be spotted, the more beneficial intervention can be. And we want to provide everyone in the world with the ability to spot those signs as early as possible.”

This research was supported by the National Science Foundation (1039741, 1028076), CAPES (BEX 1018/11-6), and FAPESP (2011/01434-9) Ph.D. scholarships from Brazil and the U.S. Department of Defense. Also supporting the research is the Office of Naval Research, the National Geospatial-Intelligence Agency, the Army Research Office, and the Air Force Office of Scientific Research.

Download a free copy of the study from Duke University Libraries.