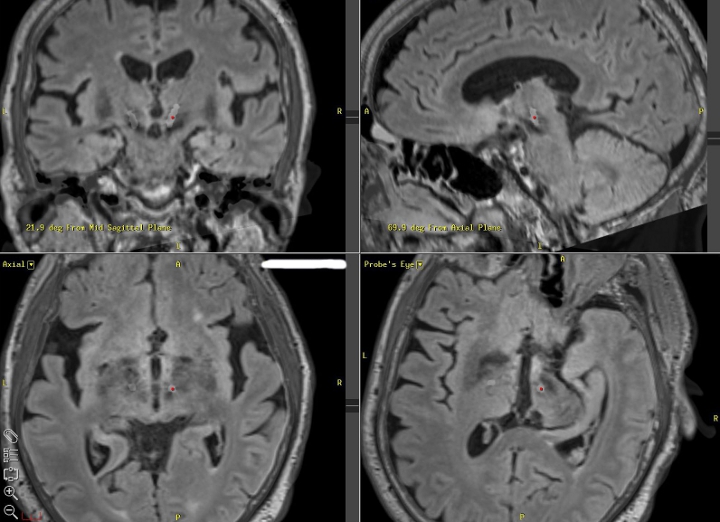 The new energy-saving patterns could reduce the number of battery replacement surgeries needed during a patient’s lifetime and lead to patterns tailored to treat specific symptoms.

First introduced in 1987, deep brain stimulation sends electrical pulses deep into the brains of people suffering from neurological motor control diseases through wires implanted into an area of the brain called the basal ganglia. Stimulation greatly improves motor function in many patients, though the reasons why remain unclear.

While trying to understand the basic mechanisms involved, Duke engineers discovered that timing patterns of deep brain stimulation became less effective as they became more random. This implied that there might be non-random patterns that work better than a constant barrage of pulses. Over the past few years, the team has serendipitously discovered several such patterns.

Now, the Duke researchers have built an evolutionary computer algorithm to more purposefully design effective patterns. In a new study with human patients, the program developed a pattern that cuts stimulator energy usage by up to 75 percent while losing none of the treatment’s benefits. With a greater understanding of the neural activity that gives rise to specific symptoms, the algorithm could design patterns tailored to each person’s needs.

The results appear online on Jan. 4, 2017, in the journal Science Translational Medicine.

“Cutting energy use is important because when these devices’ primary cell batteries run out, they have to be replaced through a surgical procedure,” said Warren Grill, the Edmund T. Pratt Jr. School Professor of Biomedical Engineering. “Besides being expensive, studies have shown that that there is a 2 to 3 percent chance of infection, which goes up each time the procedure is done. And because these batteries only last three to five years, someone receiving an implant at age 50 could undergo many procedures in a lifetime.” 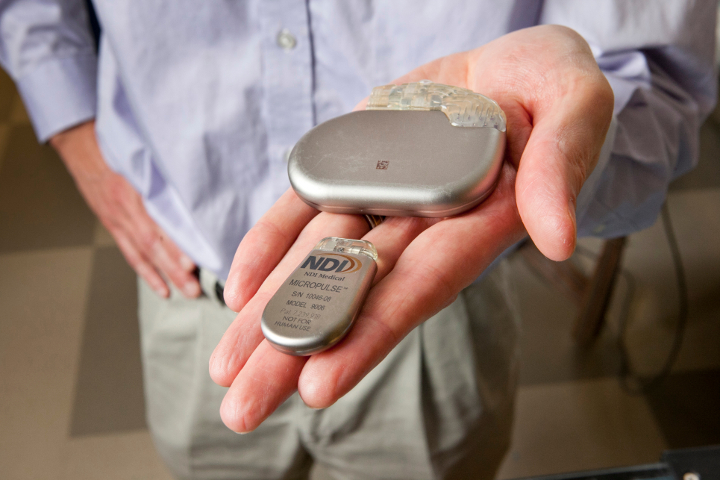 Grill and his colleagues developed timing patterns by splitting each second of electrical pulses into five segments, which they further divided into 200 individual slices. Each segment formed one repetition of a pattern, with each millisecond-long slice randomly receiving a pulse or a blank. With that number of slices and no further restrictions, however, the researchers faced one hundred quindecillion possible patterns. (That’s a 1 with 50 zeroes after it -- far too many to test experimentally in a laboratory.)

To pick the most promising patterns out of this impossibly large haystack, the team turned to computational evolution.

“The method works very similarly to biological evolution, but it occurs inside of a computer,” said Grill. “In our world, instead of a giraffe’s neck getting longer to reach higher leaves, the positions of electric pulses change so that the pattern gets better over time.”

The evolutionary algorithm begins by randomly creating 10 patterns of deep brain stimulation and testing them in a computational model of Parkinson’s disease. The better a pattern performs, the more likely it is to “parent” a new pattern. In each generation, the computer introduces random mutations into the offspring as well as new “immigrant” patterns to keep the “gene pool” fresh. After thousands of iterations, a new, highly efficient pattern is born.

In this case, the algorithm evaluated the patterns on two measures -- efficiency and effectiveness. By weighting the two appropriately, the computer evolved patterns that used the least amount of energy while maintaining performance just as good as a standard, constant stream of pulses.

The pattern that emerged used an average of only 45 pulses per second -- a large reduction from the standard 130 to 185 used currently. That’s an energy savings of 60 to 75 percent, which could double or triple the lifetime of the implanted battery.

After receiving encouraging results from testing the pattern in rats with Parkinson’s-like symptoms, Grill decided to test it in humans.

“But modern deep brain stimulation devices can’t deliver the patterns we’re developing,” said Grill. “So we had to come up with an innovative approach.” 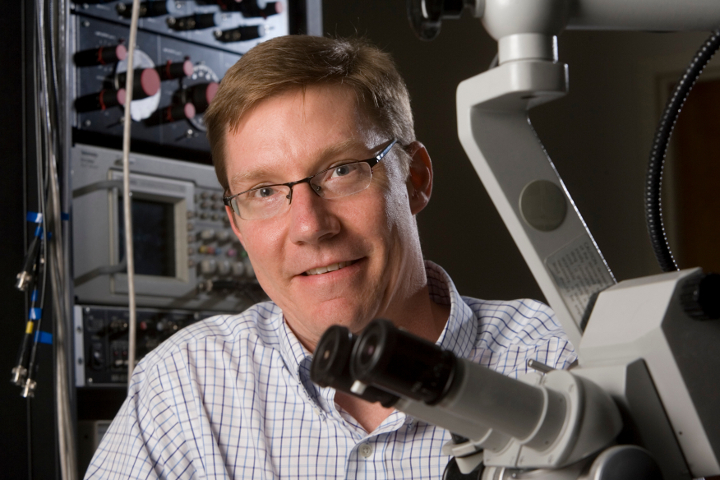 In collaboration with neurosurgeons at Duke Health and Emory Healthcare in Atlanta, Grill and his team recruited Parkinson’s patients with deep brain stimulation implants to test the pattern when they came in for surgical battery replacements. Patients received only local anesthesia during the surgical procedure, retaining control over many motor functions so researchers could assess their symptoms. In between the removal and installation of the new and old batteries, the researchers temporarily connected their test devices to each patient’s implanted brain lead to test the new pattern.

The computationally evolved pattern performed just as well as the individually optimized treatments developed by each patient’s neurologist over the course of many years, while requiring substantially less energy.

This research was supported by the National Institutes of Health, including a Javits Neuroscience Investigator Award to Grill to provide long-term support to investigators with a history of exceptional talent, imagination and preeminent scientific achievement (R01-NS040894, R37-NS040894, R01-NS079312).