Blake Wilson, adjunct professor of surgery, biomedical engineering, and electrical and computer engineering at Duke University, has been named a fellow of the Institute of Electrical and Electronics Engineers (IEEE) in recognition for his work in the development of cochlear implants. 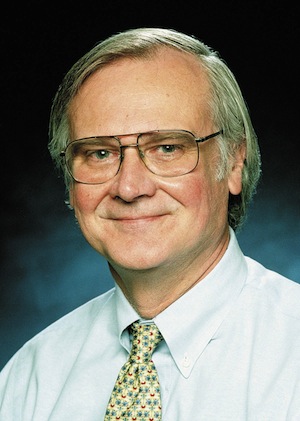 The IEEE Grade of Fellow is conferred by the IEEE Board of Directors upon a person with an outstanding record of accomplishments in any of the IEEE fields of interest. The total number selected in any one year cannot exceed one-tenth of one percent of the total voting membership. IEEE Fellow is the highest grade of membership and is recognized by the technical community as a prestigious honor and an important career achievement.

According to the National Institutes of Health, about 36 million adults in America alone report some degree of hearing loss, ranging from difficulty hearing some high-pitched sounds to total deafness. The development of the cochlear implant provided new medical options for those seeking to restore hearing; to date more than 400,000 persons have received a cochlear implant worldwide.

In the late 1980s and early 1990s, Wilson and his teams developed many of the processing strategies used in the present-day cochlear implant systems to translate sounds into electrical signals the brain can interpret. The devices send the signals directly to the auditory nerve, bypassing sensory hair cells in the inner ear that are damaged or absent in patients who are deaf or severely hearing impaired.

Although results were modest at first, continuous improvements in processing strategies and electrode designs have made cochlear implants widely used, proving to be especially beneficial to children in recent years. Today, the great majority of cochlear implant users can talk on phones and follow conversations in relatively quiet environments.

The IEEE is the world’s leading professional association for advancing technology for humanity. Through its 400,000 members in 160 countries, the IEEE is a leading authority on a wide variety of areas ranging from aerospace systems, computers and telecommunications to biomedical engineering, electric power and consumer electronics.